Posted on September 13, 2017 by Vegetarians of Washington 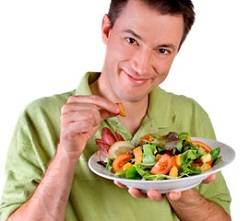 WHO says Meat Causes Cancer – they finally admit it!

Posted on November 11, 2015 by Vegetarians of Washington 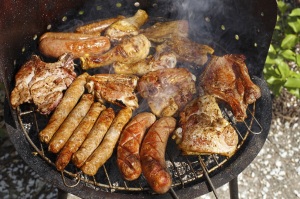 The World Health Organization (WHO) has finally said what many already knew: red meat causes colon cancer. They say the evidence for processed meat is “strong,” classifying it as “carcinogenic [cancer causing] to humans.” The evidence for ordinary red meat was almost as high. They also found evidence linking meat to other cancers including cancer of the stomach, pancreas and prostate.

This comes as no surprise. Scientists have long noticed the association with eating meat and cancer. For instance, Scientific American stated all the way back in January 1892  that “cancer is most frequent among those branches of the human race where carnivorous habits prevail.”

Processed meat is any meat that has been preserved by smoking, curing, salting or adding chemical preservatives. This puts most of the cold cuts at the supermarket deli counter — such as ham, pastrami, turkey and bologna — into this category, along with bacon, sausage, hot dogs, corned beef, pepperoni, beef jerky as well as canned meat, like Spam.

The WHO report identified several kinds of carcinogens found in meat that are produced either by processing or cooking. In addition to these, many scientists have found that carcinogenic chemicals used in agriculture such as pesticides and herbicides, along with industrial pollutants such PCB’s and dioxin, tend to greatly concentrate in the meat tissues of livestock and make their way onto our dinner plate.

Although this study didn’t focus on other meats such as poultry, it should be noticed that they often have levels even higher than in red meat. For instance chicken has even higher levels of HCAs, the carcinogens produced by cooking meat, than beef does.

As we reported recently, much research has also been done into the relationship between breast cancer and diet, with the conclusion that a plant-based diet helps reduce the risk in several important ways.

While we’re grateful that the relationship between meat and cancer is finally being acknowledged publicly, we hope that it’s not too much longer before they also point out the risks of certain cancers from consuming other animal products too.

Posted on October 6, 2015 by Vegetarians of Washington 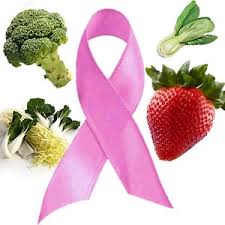 October is Breast Cancer Awareness Month, so it’s a good time to remind women and the men who love them that a plant-based diet is the best diet for both avoiding and battling the disease.

Breast cancer is a very complicated disease but here are just a few of the ways that a veg diet helps. Cancer, including breast cancer, can be caused by toxic chemicals found in the environment, called carcinogens, that greatly concentrate in animal tissue and then get transferred to us when we eat animal-derived foods. Also, other carcinogens called heterocyclic amines, or HCA’s for short, form when meat is cooked. By consuming a plant based diet you can avoid almost all of these dangerous carcinogens. END_OF_DOCUMENT_TOKEN_TO_BE_REPLACED

Posted on January 8, 2014 by Vegetarians of Washington 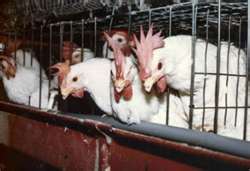 The news about chicken just keeps getting worse. As if we needed yet another reason not to eat chicken, the Obama administration has just caved in to “big chicken” by issuing new slaughterhouse regulations. These will save the industry over $256 million every year by speeding up the pace of processing and reducing the number of required food safety inspectors, further compromising both consumer and worker safety. If the White House signs off on the USDA’s proposed regulations as expected, poultry plants could speed up their slaughter lines later this year. The maximum speed for chickens would increase from 140 birds per minute to 175 per minute, and for turkeys, from 45 birds to 55 per minute, and an antiseptic spray will substitute for inspectors.

Workers, who already often complain of carpal tunnel and other musculoskeletal disorders, will have to pluck, cut and sort birds even faster. We’ve already written about how slaughterhouse workers have one of the most dangerous and abusive jobs in the country.

To keep speeds up, the new regulations “would allow visibly contaminated poultry carcasses to remain online for treatment” rather than being discarded or removed for off-line cleaning, as is now common practice. The proposed rules say “all carcasses” on the line would be treated with antimicrobial chemicals “whether they are contaminated or not.” Worse still, when the chicken is tested it is allowed to continue on its way towards being eaten, since tests results won’t come back until much later. This is especially troubling since 97% of raw chicken in U.S. supermarkets are contaminated with bacteria that could make you sick, according to a new Consumer Reports study. We have recently posted how many of those disease-causing bacteria have become resistant to antibiotics.

Then there’s the issue of the safety of the antiseptics themselves. Government agencies have not conducted independent research into the possible side effects on consumers of ingesting the disinfectant residues, not to mention the increased worker exposure.

All of this adds to the many other problems caused by chicken. High levels of saturated fat and cholesterol contribute to clogged arteries and other diseases. Cooking chicken produces more cancer-causing heterocyclic amines (HCA’s) than any other meat when cooked. Raising chickens also causes massive water pollution and contributes to global warming. And the poor chickens are commonly jammed into cages so crowded they can’t even turn around, causing endless animal suffering. The ever-increasing bad news about chicken will certainly encourage more people to think twice about choosing chicken for dinner.

Cancer on a bun

Posted on June 12, 2013 by Vegetarians of Washington

The Fourth of July is the most popular outdoor cooking holiday of the year, according to the Hearth, Patio, and Barbecue Association. Yet as Americans prepare to celebrate Independence Day, many are not aware that grilling some food items produces cancer-causing compounds called heterocyclic amines (HCAs). HCAs, a family of carcinogenic (cancer-causing) compounds, are produced when meats, including chicken, beef, pork, and fish, are grilled, pan-fried, or broiled.

Meat naturally contains amino acids and a protein called creatine that is found in muscle tissue. When meat is grilled, this combination of amino acids and creatine form HCAs. Creatine is found only in muscle tissue, not in plant-based foods, so vegetarian foods do not produce detectable levels of HCAs when they are grilled. At least 24 studies have now impli­cated HCAs in breast cancer, colon cancer, lung cancer, and cancer of the larynx, stomach, and prostate gland. In January 2005, the federal government officially added HCAs to its list of known carcinogens. Studies have shown that exposure to PhIP, one type of HCA, at levels as low as 10 to 20 nanograms per day is associated with roughly a doubling of breast cancer risk.

Another problem comes from meat products that have preservatives, such as the nitrates and nitrites often found in hot dogs and preserved meats. These chemicals react to form nitrosamines after they are eaten. Nitrosamines are highly carcinogenic compounds and have been implicated in several forms of cancer. So skip the dogs and the salami.  Add to all this the fact that animals store up and concentrate the carcinogenic  chemicals they encounter such as pesticides, herbicides, PCBs and Dioxin in their tissue to levels much higher than in plant foods, and you have many good reasons to avoid meat altogether on July 4th (and every other day for that matter!)

Avid grillers need not throw away the barbecue: Grilling can provide healthful meals.  Reducing exposure to carcinogens is as simple as grilling a veggie burger instead of a hamburger, or a thick portabella mushroom instead of a steak. Cooks can marinade and prepare most of these veggie options just as they would with meats.

Here are five grilling ideas for this year’s Fourth of July barbecue:

Don’t Take the Bait on Fish

Posted on February 6, 2012 by Vegetarians of Washington 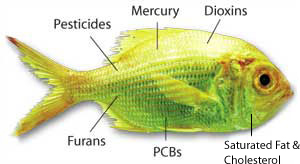 There’s been talk in the popular media that somehow fish is the best choice for health. Well, I wouldn’t take the bait on that one. END_OF_DOCUMENT_TOKEN_TO_BE_REPLACED